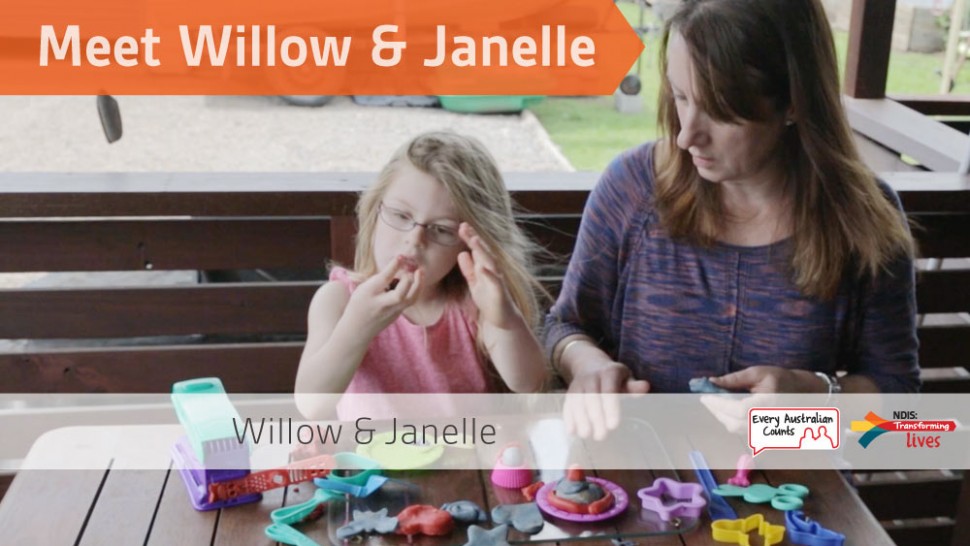 Willow’s mum Janelle wasn’t sure her daughter would be eligible for the NDIS. She decided to give it a go, applied to the Scheme, and now the family is seeing real benefits.

Speech is an ongoing problem and Janelle’s clear goal was to get her ready for kindergarten.

“I didn’t want to see her sitting at the back of the classroom, doing nothing and getting further behind,” she said.

She says that the NDIS process was easy and that knowing what she wanted for her daughter was very important.

Willow still needs a lot of work on her speech, but her core strength has improved and she is growing up a lot.

Their focus now is to prepare Willow for school by continuing to work on her concentration, listening skills and ability to follow instructions.

Janelle says that before the NDIS it was really hard to get on top of things financially and have spare money so they could go out as a family.

The NDIS has provided great benefits for Willow’s family and Janelle’s advice to others is to give it a go.

“Honestly, I didn’t think Willow’s needs were bad enough,” she says. “You’ve just got to give it a go.

Watch videos of Willow and Janelle as they share their NDIS Journey.