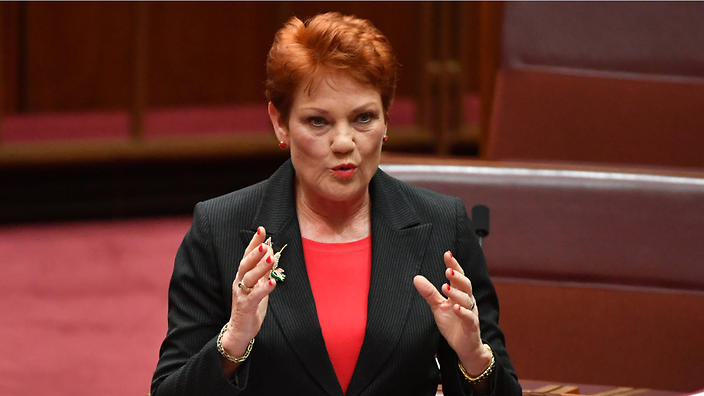 Only one week ago a delegation of Every Australia Counts supporters sat with Senator Pauline Hanson to talk about the NDIS and why we need an inclusive Australia for people with disability. This just makes her comments yesterday even more disappointing.

In case you missed it here’s what Ms Hanson said in Parliament:

“These kids have a right to an education, by all means, but, if there are a number of them, these children should go into a special classroom and be looked after and given that special attention,” she said.

“Most of the time the teacher spends so much time on them they forget about the child who is straining at the bit and wants to go ahead in leaps and bounds in their education.

“That child is held back by those others, because the teachers spend time with them. I am not denying them. If it were one of my children I would love all the time given to them to give them those opportunities. But it is about the loss for our other kids.

“It is no good saying that we have to allow these kids to feel good about themselves and that we do not want to upset them and make them feel hurt.

“I understand that, but we have to be realistic at times and consider the impact this is having on other children in the classroom.”

Not surprisingly the backlash has been huge.

“Kids like my son Mitch, who’s 10 and autistic. And he’s been in a mainstream [school] for a few years now, but that wasn’t always the case,” she said.

“He was diagnosed when he was 18 months, and I was told that he’d never speak; that I should never expect that Mitch could play in a sports team with his age-matched peers, or that he could be included in a mainstream class. But he is – and he does very, very well…

Senator Jacquie Lambie said she didn’t want to see the divide in Australia any greater than it already is.

“I want them (children with disabilities) in normal classrooms if they are able to.

“Not only is it great for them but it is also great for those students who don’t have disabilities they learn more compassion, they learn how to deal with these matters it gives them coping mechanisms for the rest of their lives.

“Everybody wins out of this.”

Opposition leader Bill Shorten called Senator Hanson’s speech “heartbreaking and upsetting”. He read out a letter to fellow Member of Parliament from one parent:

“When you are a parent with a child with a disability you have your heart broken on a regular basis,” he read.

“To hear one of our parliamentarians argue that kids with a disability don’t belong in mainstream classes doesn’t shock me but it does break my heart all over again.”

And thousands of parents and community members around Australia flooded social media in dismay.

Senator Hanson defended her comments, saying on her Facebook page the comments were taken out of context and was simply arguing for more funding for specialist education.

However today’s debate shows how important it is that people with disability have the same opportunities in life as every Australian – and a right to choose where their children go to school or the supports they need to reach their goals in life.

Which is exactly why the NDIS is so important.