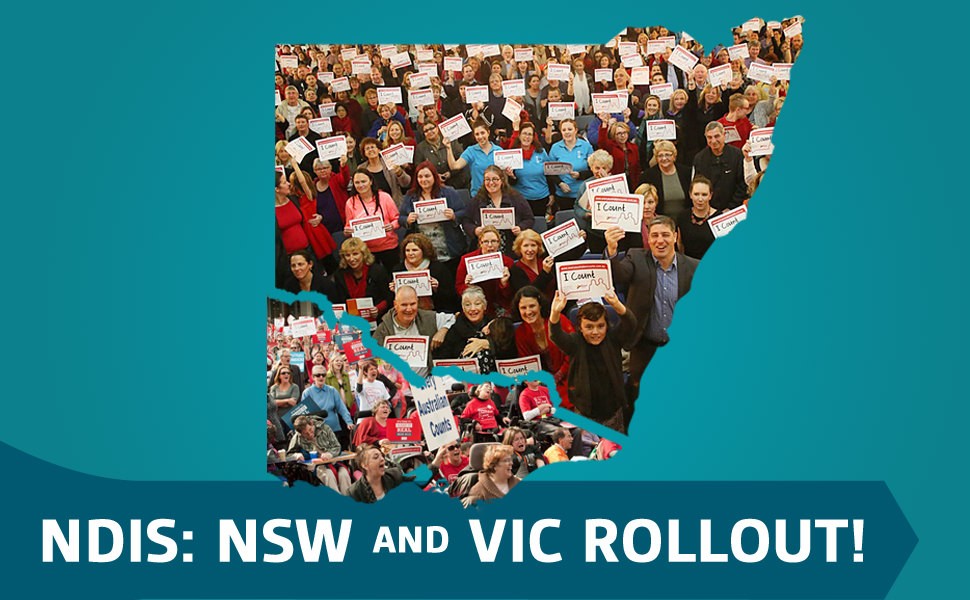 In news just in, the NSW and Victorian Governments have just released their NDIS roll out plans.

In one of the first acts of Malcolm Turnbull as Prime Minister, he stood with the Premiers from NSW and Victoria in Canberra to sign the bilateral agreements that will make the NDIS a reality for thousands of people with disability in NSW and Victoria.

This is a significant milestone on the road to the full roll out of the NDIS across Australia.

It allows almost 60% of future NDIS participants the certainty of knowing when the NDIS is coming to them.

Every Australian Counts Campaign Director, John Della Bosca, said: “We are delighted that Premiers Andrews and Baird have continued their commitment to people with disability by signing their NDIS agreements with the Commonwealth.

“We now know when the NDIS will be coming to more than half of the people who will benefit from it. For people with disability, their families and carers, this is another step forward to the NDIS being a reality for them.

“I would like to congratulate Prime Minister Turnbull on making the NDIS a commitment and keeping it core government business.

“Mr Turnbull has been a long-time supporter of the Every Australian Counts campaign. His signing of these agreements so early in his Prime Ministership is a sure sign to our supporters that he intends to see the NDIS through.”

This milestone comes after thousands of Every Australian Counts campaign supporters emailed their state or territory Disability Minister, calling on them to release their NDIS roll out plan.

John Della Bosca concluded: “Now that we have the NDIS roll out details for almost 60% of future NDIS participants, it’s time to see the rest of the agreements. This will allow all people with disability, their families and carers who will benefit from the NDIS to have the same certainty as those in New South Wales and Victoria.”