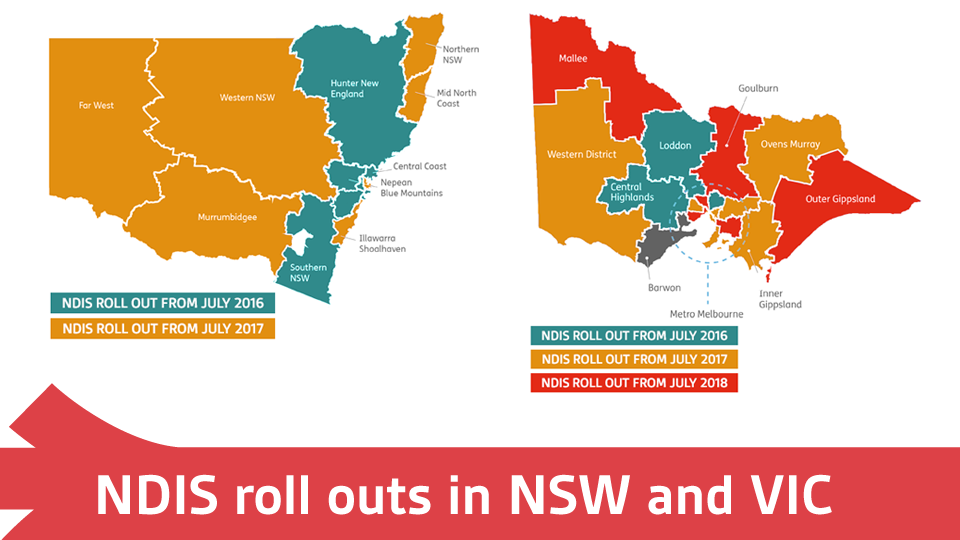 The release of roll out plans for Victoria and NSW will give certainty to 245,000 people with disability, their families and carers who have been waiting for news of when the NDIS will come to them. We look in more detail at the roll out in both states.

The NDIS roll outs will be done by geographical region in both Victoria and in NSW for all eligible people. People in the Hunter and Barwon trial sites and in the Nepean Blue Mountains launch site who have not been eligible will be covered by the NDIS when their region comes on line.

In NSW, the NDIS will be rolled out over two years, with all regions covered by 1 July 2018.

The full NSW roll out will cover 115,000 people, and will allow up to 26,000 people with disability who do not receive any support right now to come into the NDIS in its first year.

Here’s a summary of the roll out region by region.

NSW regions rolling out the NDIS: 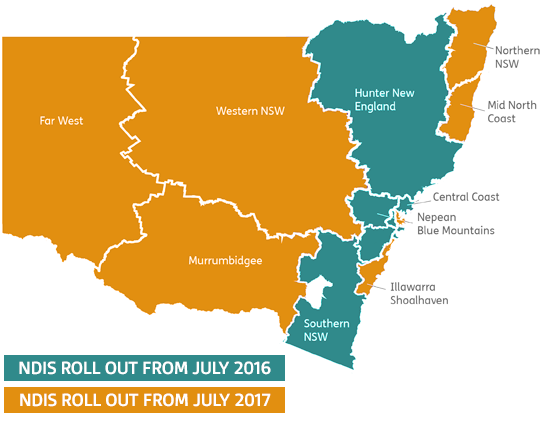 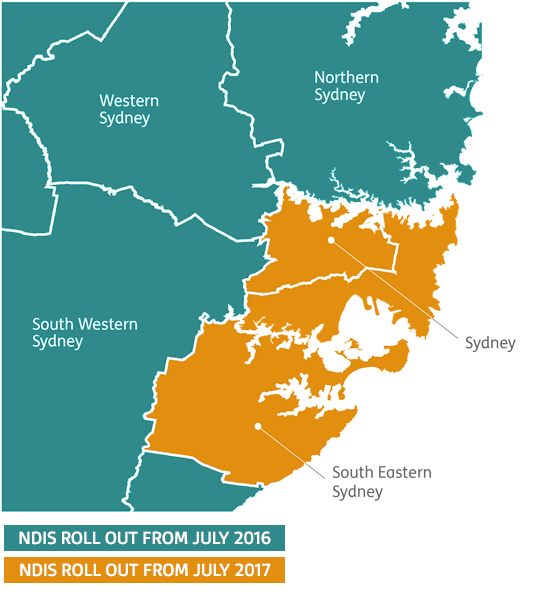 Victorian regions rolling out the NDIS: 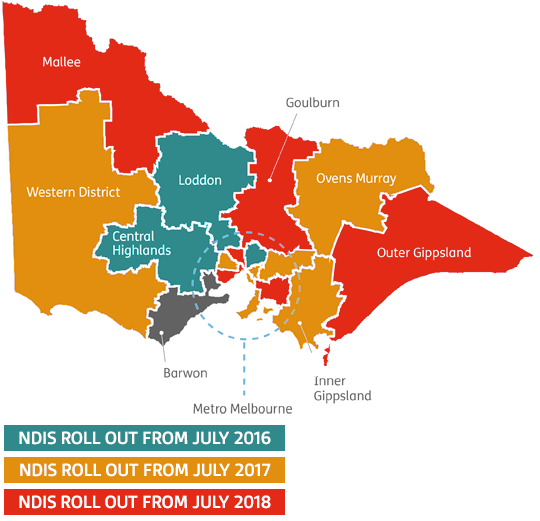 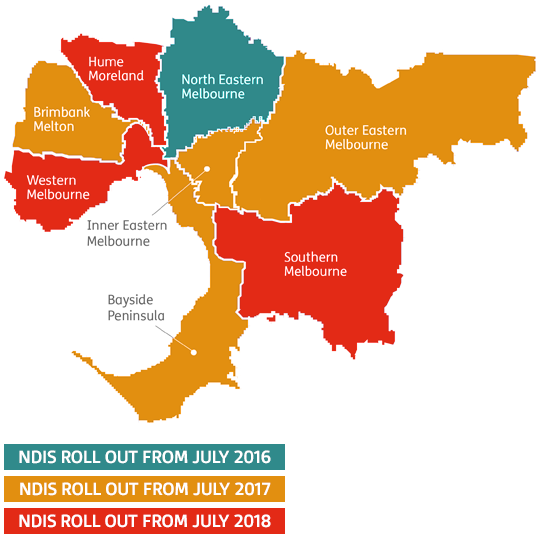 The National Disability Insurance Agency, which is responsible for co-ordinating the NDIS across the country, have put together detailed fact sheets for participants in NSW and Victoria. They outline the timetable, councils included in each region and the kind of supports that will be covered by the NDIS.

You can also find more information about how the NDIS works, and what you’ll need to know to get ready, as well as answers to frequently asked questions here.

We’ll keep you updated as the roll out information comes to hand, and as we hear news of roll out plans and updates in other states and territories.